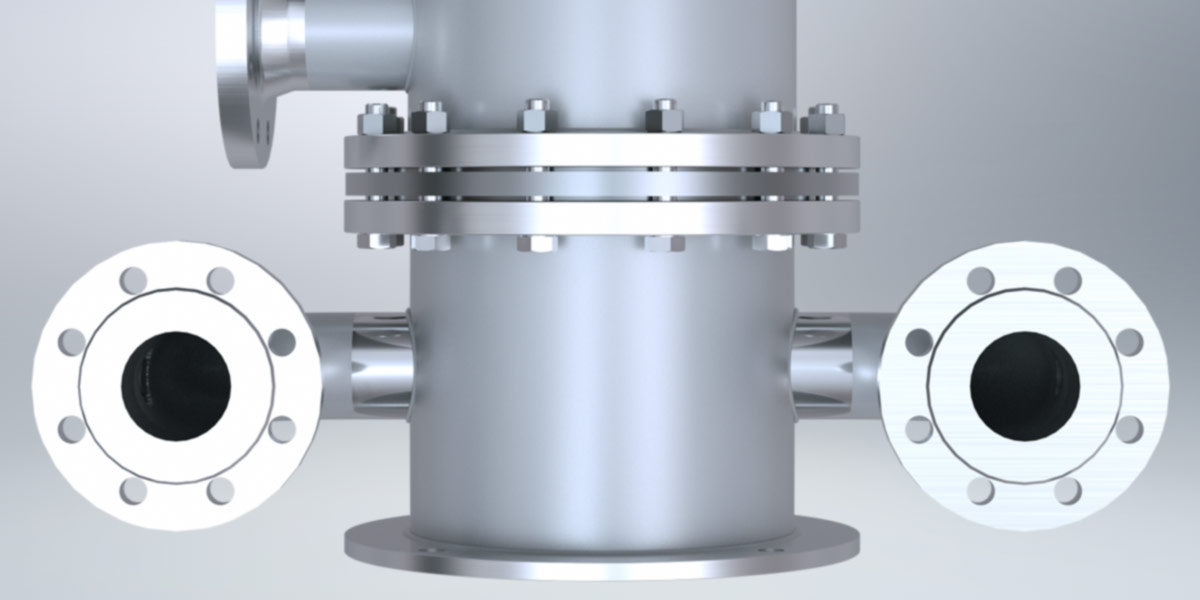 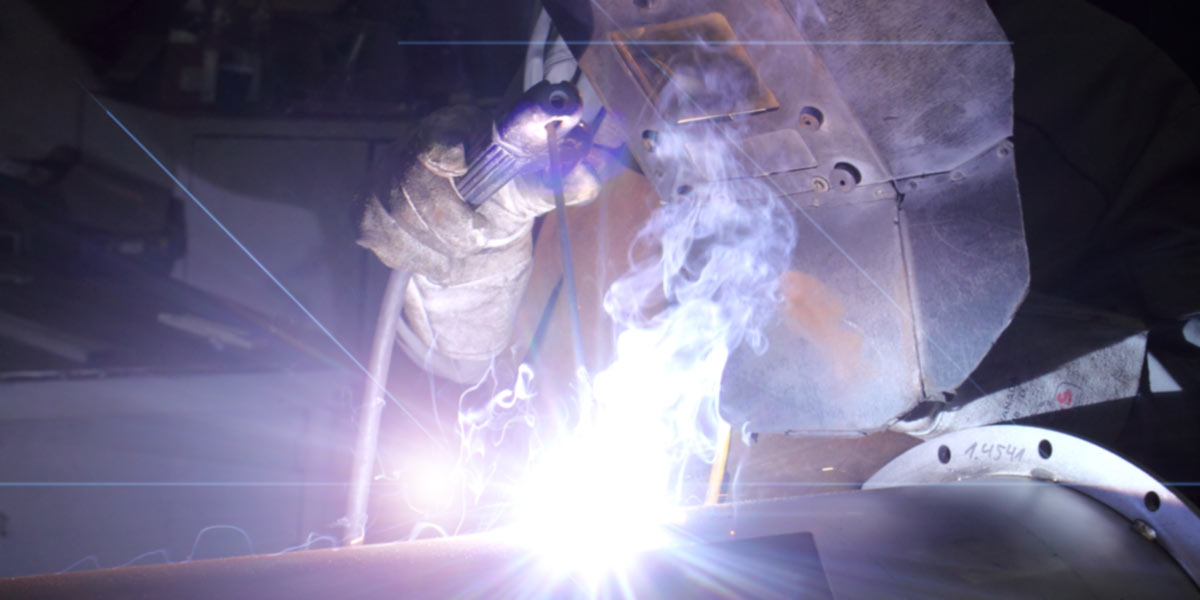 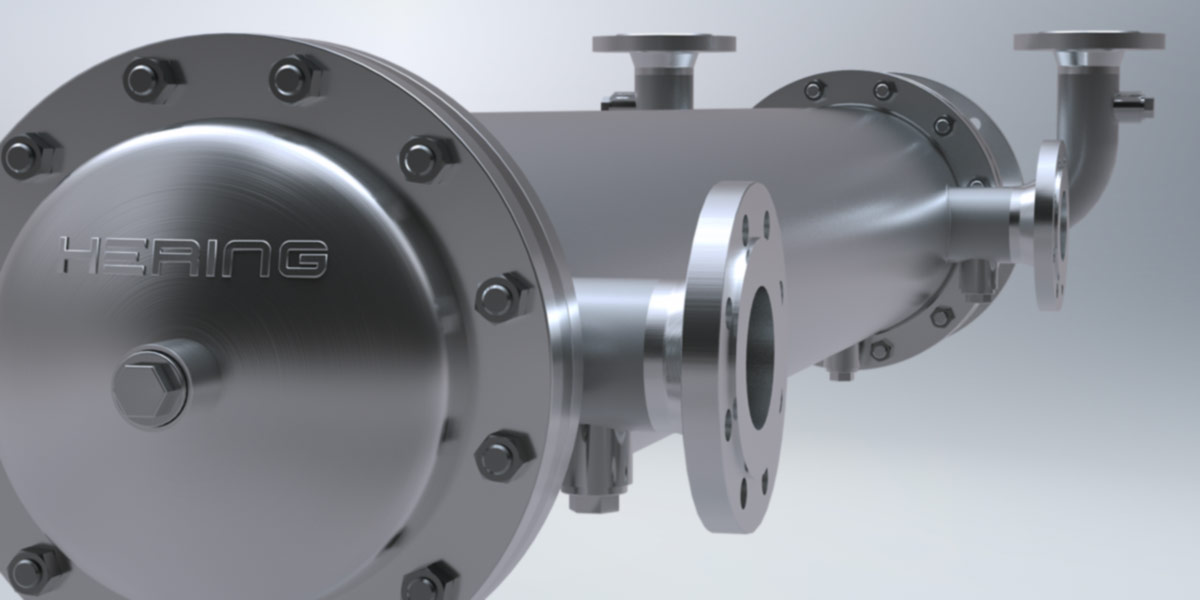 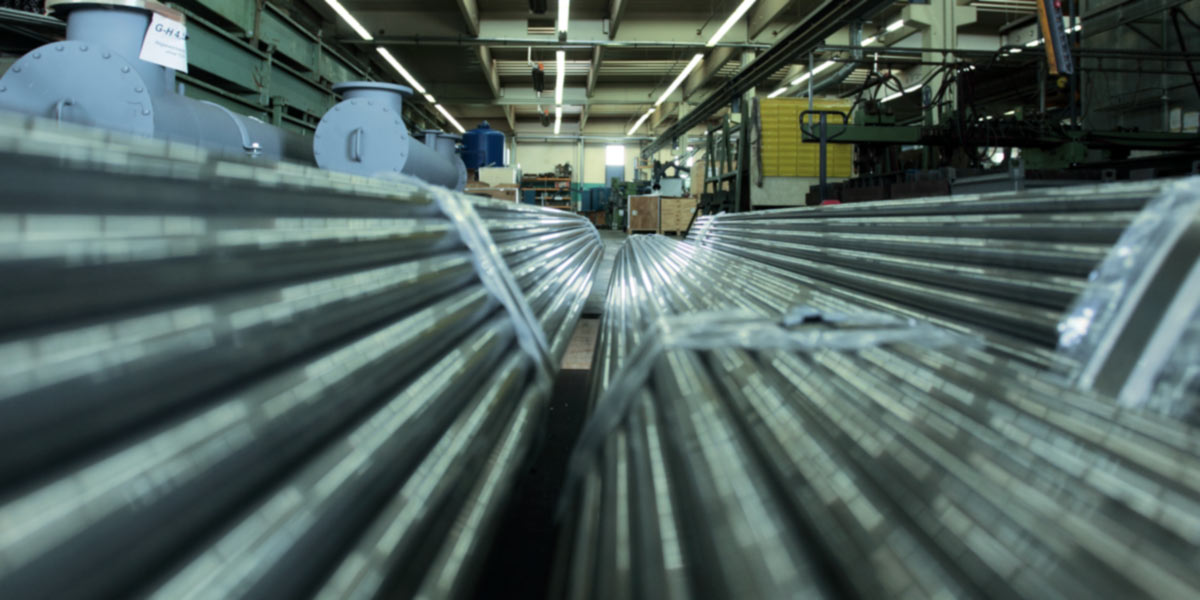 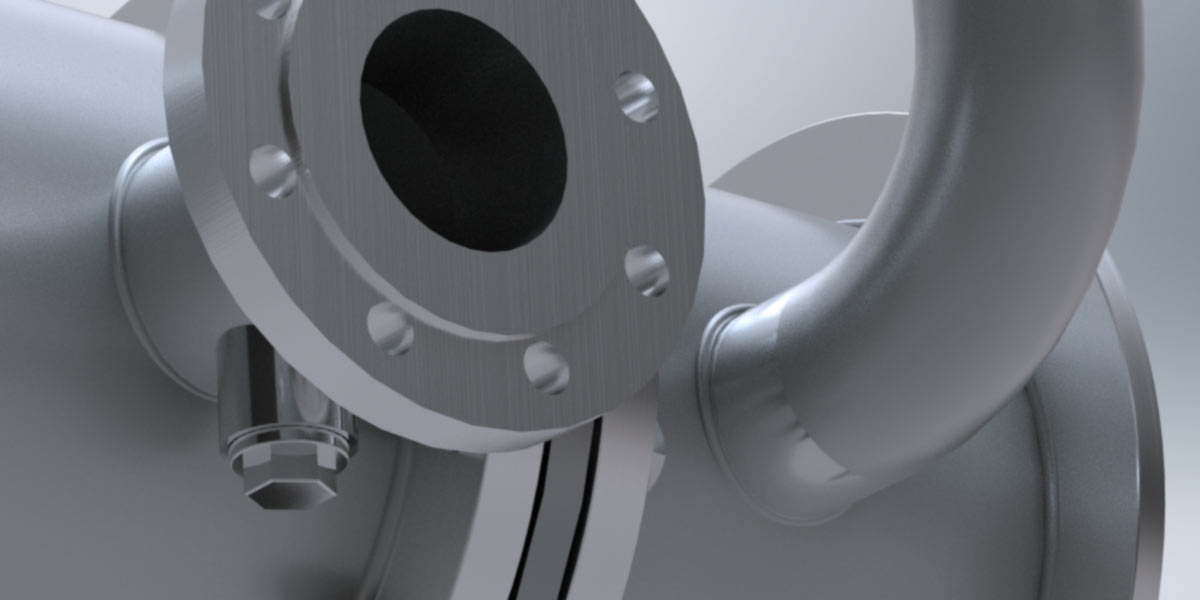 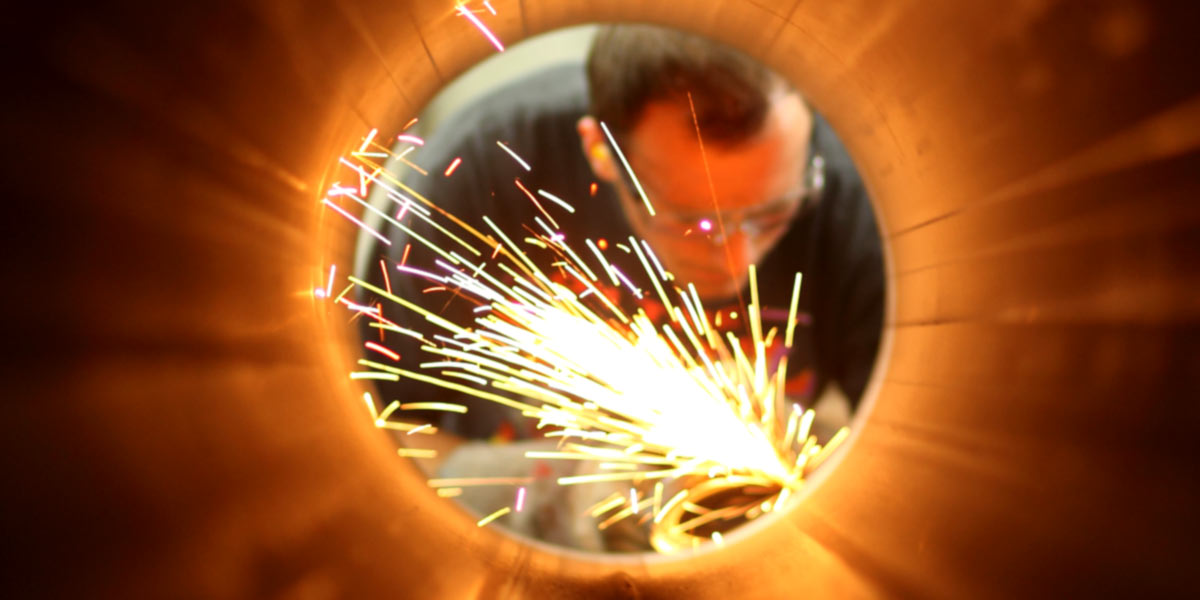 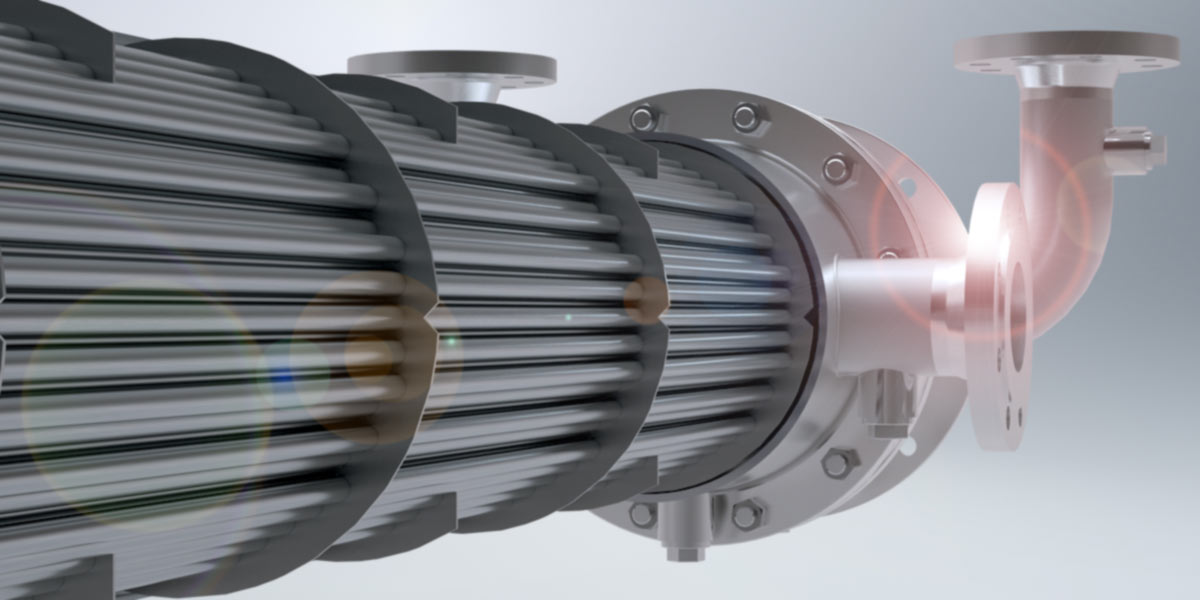 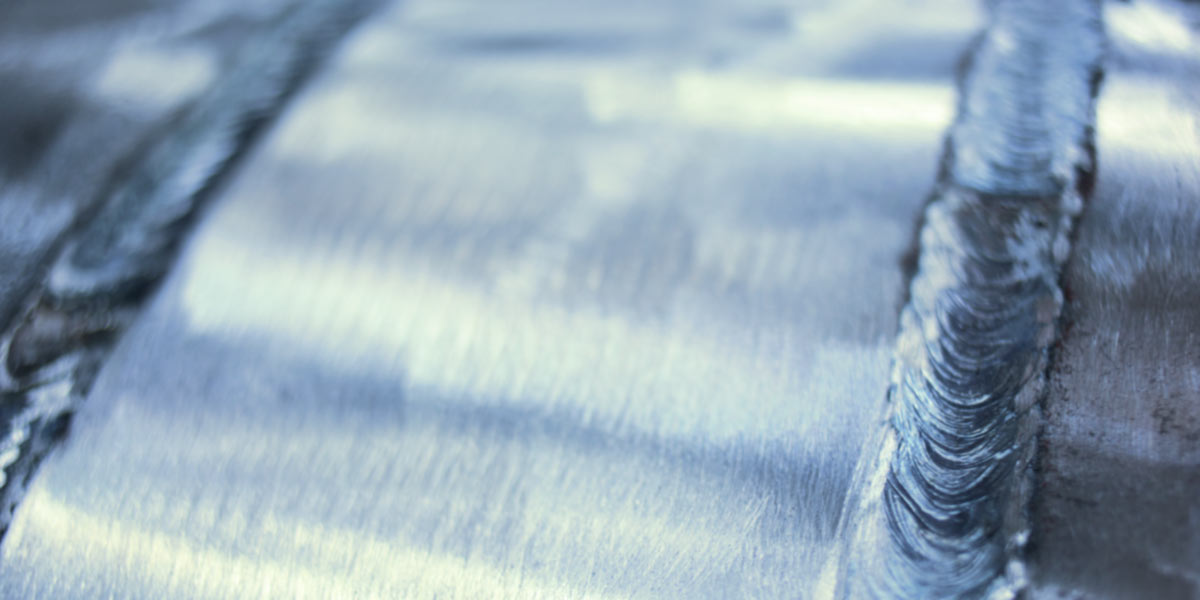 A great idea from August Hering, …

… who established his factory for steam power plants and steam superheaters in Nuremberg-Herrnhütte in 1884, thereby laying the foundation stone as market leader in custom heat exchangers.

Since the early 1990s, Hering AG headquarters, including management, development, and production, is located in Gunzenhausen in Bavaria and profits from the fertile ground provided by the midsize company structures to promote consistent and continuous growth in competence and innovation.

Under the umbrella of the BAVARIA Industries Group AG, Hering AG is currently a globally recognized specialist for specific thermal transfer applications and produces custom heat exchangers for international markets.

Milestones in our successful history

Hering was one of the first acquisitions of BAVARIA Industries Group.
We are pleased that the company has taken significant steps forward in regard to technology, processes, and customer orientation, and has further solidified its position on the market.
We look forward to continue providing support to this positive development, and wish all of the staff great success.

Characteristic for the cooperation with Hering AG is the exceptionally professional manner and mutual trust in the interplay of high-quality processes on both sides. Of particular mention here is the professional and personal exchange, which always makes this cooperation a pleasure!

We have been working together with Hering for years now and value the trustworthy and reliable partnership, which has developed during this time. We are pleased to be able to continue to work with Hering AG in the future and would like to express our appreciation for the excellent cooperation

I thank you very much for all the information and the promptness of your response. It has all been of a very professional standard and allowed me to complete all of the works in a timely manner.

The work you are doing is fantastic.
Although at a higher cost, the better performance of the Hering equipment delivers greater value to our customers.

We are also looking forward to continue a successful business partnership with your company. May I say that you have been very professional and prompt in the way that you have dealt with our business so far?

Many thanks for your support and the flexibility you have displayed.

The consistency and integrity that hallmarks the development, discussion, decision-making, and implementation of measures at Hering is simply inspiring. Even as an external service provider, you proudly experience and live according to the motto “We are Hering”.
Thank you for this very special partnership!

Thank you very much for the turn around on this project and how Hering handled it. I look forward to seeing this unit land next week and closing out this very important project.

Thank you and your team for addressing our concern, and provide us and our end user with an acceptable and positive solution. I would like to express my appreciation to all of you, for your exceptional customer service and your efforts to make this happen.

For us it was also a pleasure to meet you. Special thanks from all of us for your very professional Support. It Looks like our customer consider HERING´s steam solution as a good one. We appreciate you decision and look forward to the long-term mutually beneficial cooperation.

What I really love about my job is the frequent variety and the professional challenge. It’s also nice to know that I can always count on support from my team of colleagues. The short decision-making paths and direct contact to all departments in the company provide great freedom to act and promote individual initiative.

Hering AG has always actively supported the training sector. Our talent factory transforms today’s trainees into tomorrow’s specialists. All previously trained plant mechanics and welders have been successfully integrated in our team.

There is never a dull moment at Hering AG. Each day brings new technical challenges.

I have been working at Hering AG in sales for many years now, and almost every day has been enjoyable.
Even when I was new here, I was able to contribute my own ideas due to flat hierarchies and short decision-making paths.
Working independently and decision-making initiative are expected and supported. As a result of global business relationships, I am exposed to a wide range of languages and cultures every day, which makes my job very versatile and interesting.

As a Quality Manager at Hering AG, I know that the quality culture at Hering AG is exceptional and customer-oriented, simply by listening to what the customers frequently tell me. The willingness to respond promptly and precisely to quality-related customer needs is highly valued.
Only Hering AG teamwork makes it possible!

At Hering AG, I have the opportunity to independently master continuously new challenges and tasks in their IT environment.
That’s why I enjoy working at Hering AG and do my very best, so that all IT systems run optimally. This enables us to realize customer projects quickly and in best quality.

At Hering AG, production starts with a capital “WE”. With true team spirit both in-house and out of house, orders are processed to the fullest satisfaction of our customers. A flat hierarchy and short decision-making paths contribute to the ability to provide a quick response to all requirements. Our qualified and highly motivated team makes it possible to uphold the highest standards in quality and delivery reliability.